I got my first tattoo 18 years ago. Sometimes I find it funny that I have all the tattoo themes people wanted to have at the beginning of the ‘00s: tribal tattoos, Chinese characters and a dragon on my lower back. But during those days, it was a thing itself to even have tattoos – their meaning didn’t matter that much. 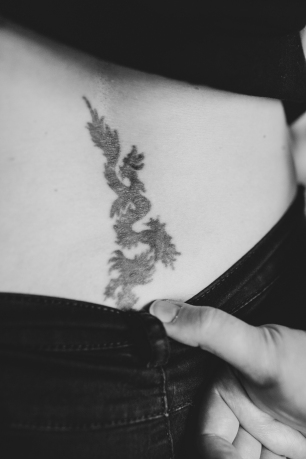 Back then I had a shaved head and my face was full of piercings, and I thought tattoos fit nicely to my style. I guess my tattoos were a bit of a rebellion, too. My mum wasn’t happy about my looks at all. When I got my first piercing, she didn’t even look at me for the first two days. After I got tattooed, it took a long time before I even managed to tell her about it.

After my first tattoo I started to fill my arm. The lighter parts came first, and the darker parts were tattooed afterwards. One of my first tattoos was the Bacardi bat which was later covered up with tribals. It’s not completely covered up, though, and you can still see it underneath the tribal tattoos. 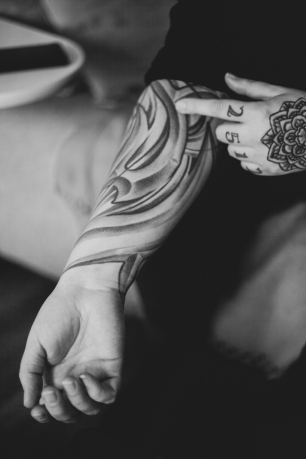 Usually when I’m planning a new tattoo, I only have the idea on my mind instead of a particular image. I browse the portfolios of different tattoo artists and choose the one whose style I find most appealing. It would be awesome to visit every tattoo artist I admire – I would just sit on the chair and tell them to tattoo whatever they wish!

The woman on my other arm is tattooed by Lauri Artto.

I’ve noticed that age seems to have an impact on getting tattoos. As I’ve grown older, the healing of tattoos seems to be slower than before, and in general, I can’t stand tattooing as long as I used to. When my other thigh was being tattooed, I guess I would’ve never made it through without using a numbing cream – despite the fact that my pain tolerance isn’t exactly the lowest kind.

Somehow, it also seems that tattooing has started to hurt more after I’ve quit smoking. I have text tattoos on my both legs, the first one was tattooed when I still used to smoke and the second one after I had already quit – and the second one was a lot more painful experience!

My both insteps were tattooed on the same day. In a way, I think that these tattoos might need some fixing, but on the other hand – those three hours were such a painful experience that I can’t allow any tattooist to touch them again! These tattoos also took a long time to heal. At some point, my insteps were so swollen that they almost seemed to wiggle when I was walking.

Tim Burton’s Alice in Wonderland is one of my favourite films. I love the colors and the style of the film, and I especially love Johnny Depp as the Mad Hatter. I dreamed about this tattoo for a long time and wanted to find someone who would be able to make it look as real as possible. Finally, I contacted Ravi-Lassi (link) who is specialized in a realistic style. He carried out my idea just the way I wanted it. This leg is still in progress, and we’re going to continue the same theme. 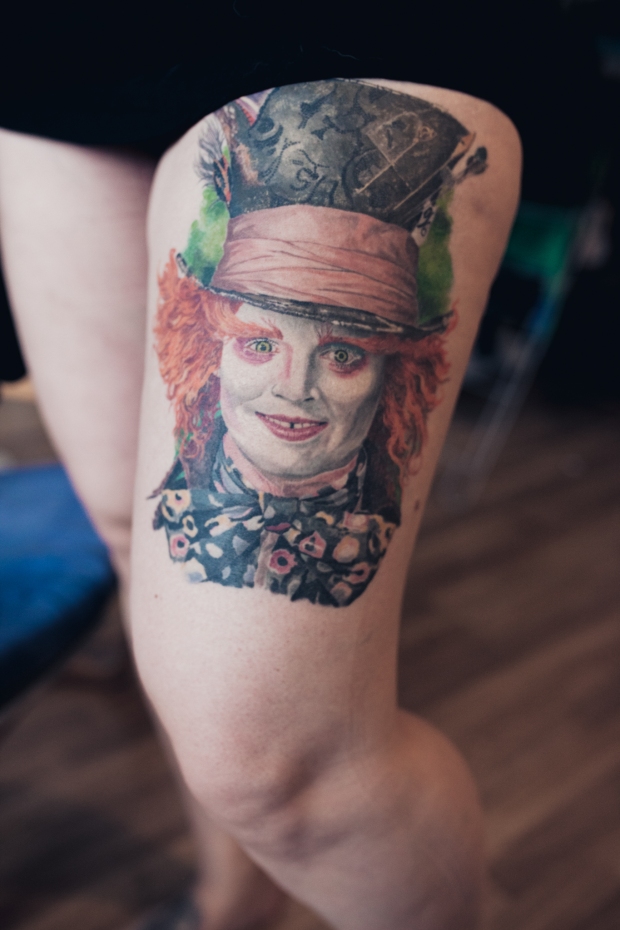 I have never felt discriminated because of my tattoos. I guess it’s partly because I don’t care much about what other people think of me in general. I used to work as a cashier at a local department store. During the years, I got used to the comments like “did you run out of paper since you’ve drawn on your skin?” or something like that. The commenters were typically middle-aged men. Women, on the other hand, didn’t usually say a word, but might look down their nose at me. I don’t know why, but it seems that middle-aged people have the worst issues towards tattoos. 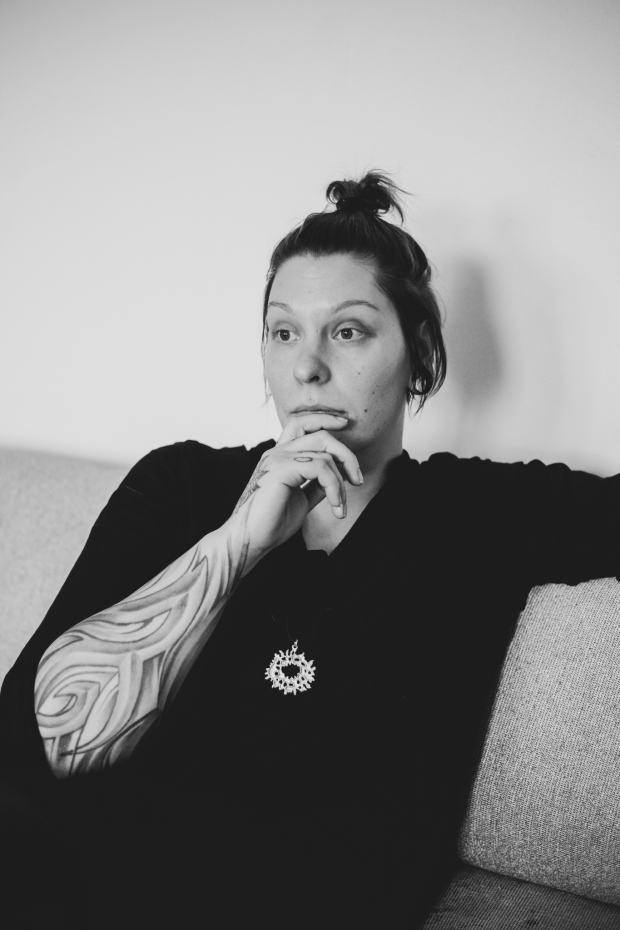 I currently study nursing. I’ve worked short periods on elderly care every now and then, and I was warned beforehand that old people might look down on a tattooed nurse. The funny thing is, most of the old people I meet actually like my tattoos. Especially people with dementia might find tattoos really interesting and marvel at them for a long time. So in a way, my tattoos have occasionally even been a benefit – at least they have worked as a subject for many conversations!

When I got the first tribal tattoos on my arm, I remember my mum saying that I would never be able to get a job or go to study in the future.

During all these years, tattoos have never stopped me from getting a job or find a place to study. Still, when I was interviewed to my current studies, I automatically chose to wear a long-sleeved shirt – even though it doesn’t even cover my tattooed hands or fingers! I guess I just heard my mum’s warnings somewhere in the back of my head.

My cousin and I both have the word honesty tattooed on our skin.

I have two children. It’s interesting to see how the environment plays a huge role in a child’s comprehension of what is normal. In our family, for example, tattoos are such a normal thing that kids don’t see anything special about them. Then again, sometimes you may meet children who have no tattooed people in their family, and for them, tattoos are a new and peculiar thing.

When my older son was five years old, he drew a picture of our family on a cardboard paper. Later the same picture was tattooed on my skin. This might be my most important tattoo.

At some point I want to get a drawing by my younger son tattooed on my skin as well. Currently his drawings mostly depict circles and sticks, so I guess I’ll keep waiting until he grows a little older.

The numbers on my fingers are the birthdates of my children. They are both born in December.

My most important tattoos are those that are connected with the people who are close to me. Of course I appreciate my other tattoos as well. My other leg, for example – it’s so great that it’s covered with Lassi’s beautiful art. But still, they are those small projects full of meaning that are most precious to me.