Pinja:
My first tattoo is the wooden Superman logo. The tattoo also includes a small branch with a leaf upside down that looks like a small heart. This tattoo reminds me of a certain phase of my life and a certain person as well. 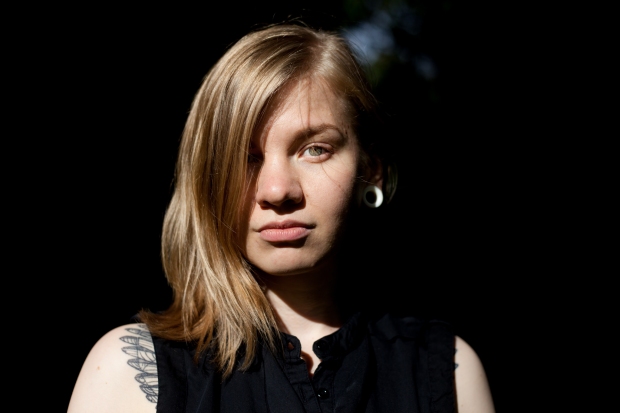 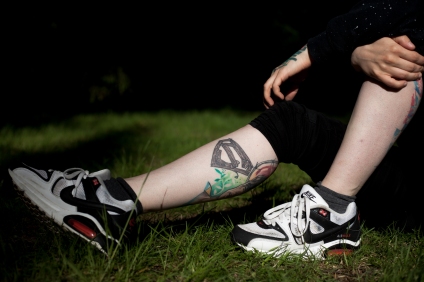 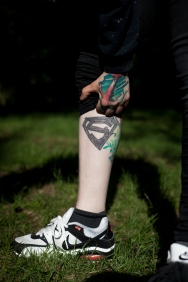 The next tattoo I got was the Nautilus shell. It is dedicated to my mother who is a math teacher. There’s a golden spiral included in the tattoo as well. It is a form that appears in nature, and it’s also an important feature in both mathematics and art. When I was a teenager, we used to visit different art galleries with my mom, and this tattoo reminds me of those trips as well. This was the first one of my tattoos that was made by Nouvelle Rita (link). 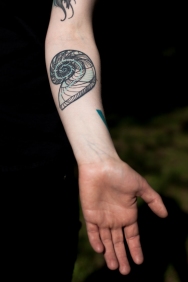 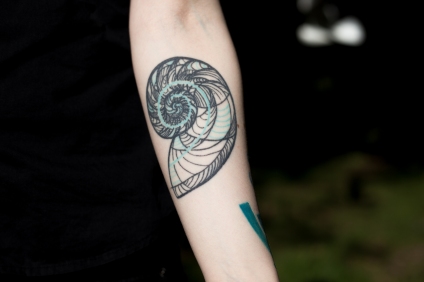 My chest piece is based on the thought home is where your heart is. There’s a door, windows, and a chimney designed in the heart, so basically it’s a house, too. The wings were tattooed afterwards. I think it took maybe four hours to tattoo the heart and eight hours in total to tattoo the wings. I’m so happy with this tattoo, and I couldn’t even imagine what I would look like if I didn’t have this. This tattoo is mainly a symbol for my travels. I graduated in 2014, and after that, I just thought fuck it all, bought myself a still camera and went abroad. I’ve been living in Amsterdam, London, Lissabon, Santo Domingo… This chest piece and other work by Nouvelle Rita are made during my time in Portugal. 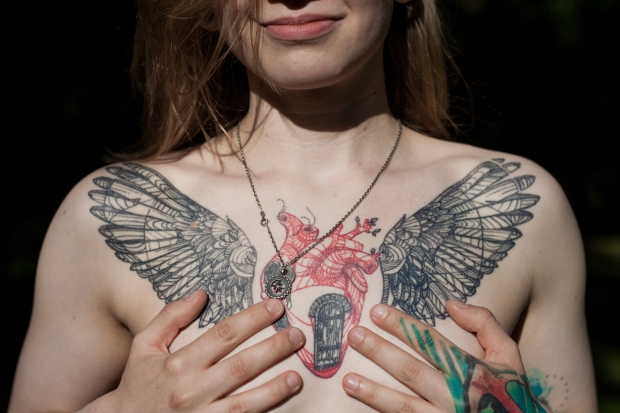 I got the sailor tattoo to celebrate my birthday. This is also Rita’s design. Originally, this was meant to be a flash design, and I fell in love with this instantly – this is so awesome, with the beard that looks like ocean waves and the little origami boat sailing in there. Blue is my favorite color, and my intention is to maintain a nautical theme on this arm. 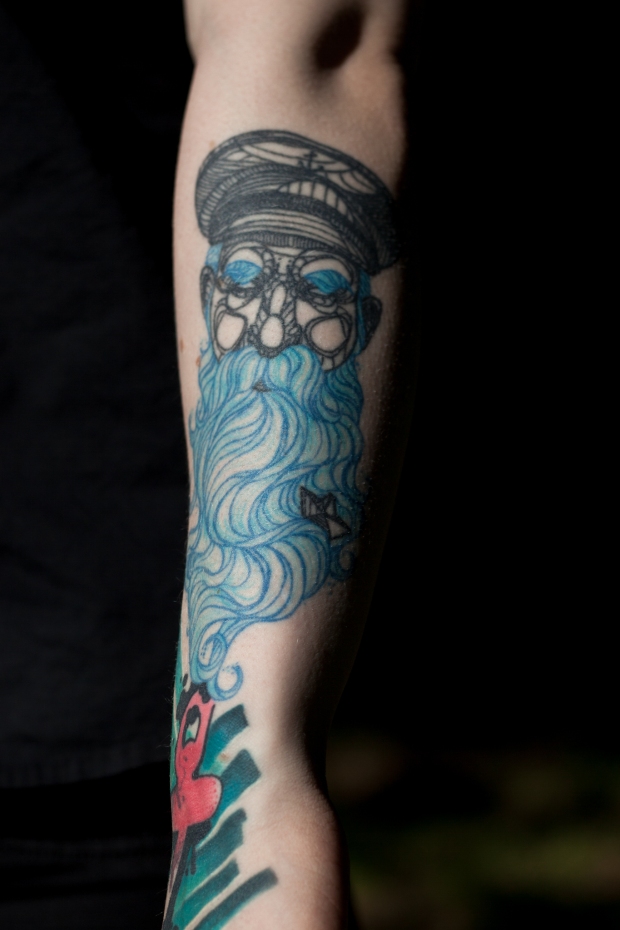 The little sepia (cuttlefish) tattoo is made by Tania Catclaw (link). I love to collect different tattoo styles on my skin, and this is my only watercolor tattoo. The sepia was the first special seafood that I ate in Portugal, so I just had to get a tattoo about it. It’s a lovely souvenir from Portugal and continues the nautical theme as well. 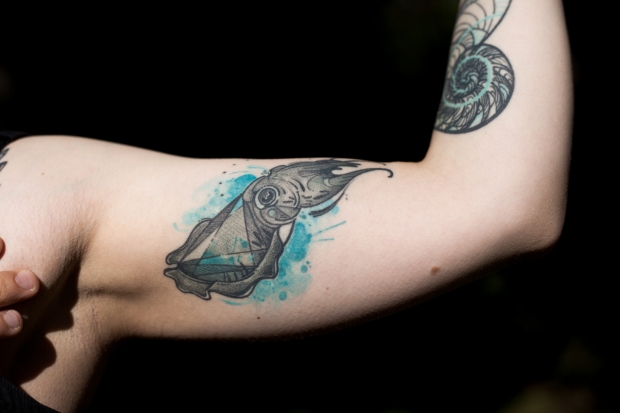 In 2016, I was working in London but traveled to Czech just to get these two tattoos from Marie Kraus (link). I had been thinking of tattooing Tyler Durden on my skin for a long time. First of all, I love Fight Club, and secondly, I find a feminist meaning for this tattoo, too. When I saw Fight Club for the first time, it kind of helped me to realize how men struggle with expectations of being strong and masculine characters.

There’s also the penguin and the text Slide included in the tattoo. In the movie, when the main character goes to explore his own spirit animal, he finds a penguin that says “Slide”. 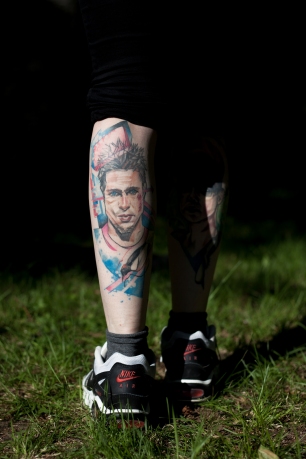 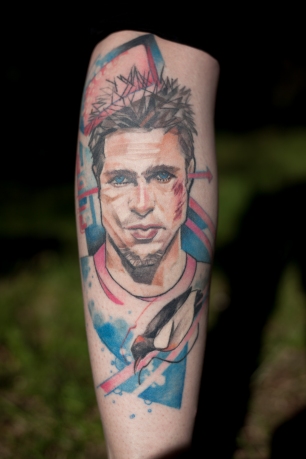 Furiosa in the movie Mad Max: Fury Road is an absolutely wonderful character. I’ve always been interested in dystopia-themed movies and games. In the movie, there’s a dystopian and misogynistic society, and then this one woman decides to rise against it. These tattoos balance each other nicely. Furiosa and Tyler were my most painful tattoos, and I actually fainted on the day Tyler was made. 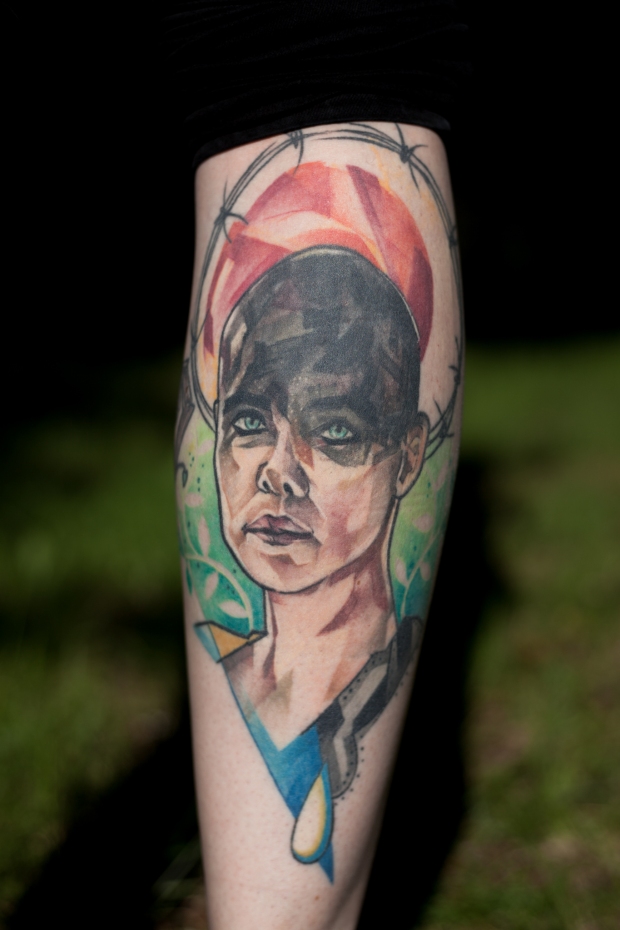 I had been following Dynoz Art Attack (link) for a long time on Instagram, and when I heard he’s coming to Finland, I decided to book an appointment. Originally, I was thinking about having a large tattoo of my childhood’s spirit animal, but I had spent the winter in the Caribbean and had only little money left, so I had to change my plans and tattoo something smaller instead. The anchor is a symbol of hope, but above all, I appreciate this tattoo as a piece of art. 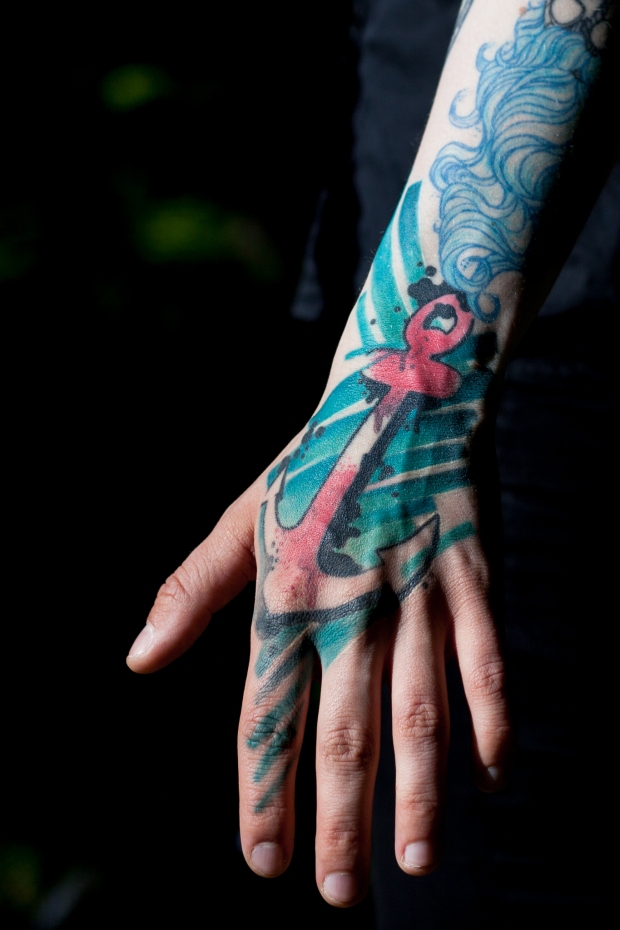 The Tom of Finland tattoo is made by Laura Koski (link). This tattoo is dedicated to all the old Pride people who first began to act for LGBT+ people’s rights and started the whole social movement. This was a painful one to tattoo, it got maybe five hours to tattoo this. 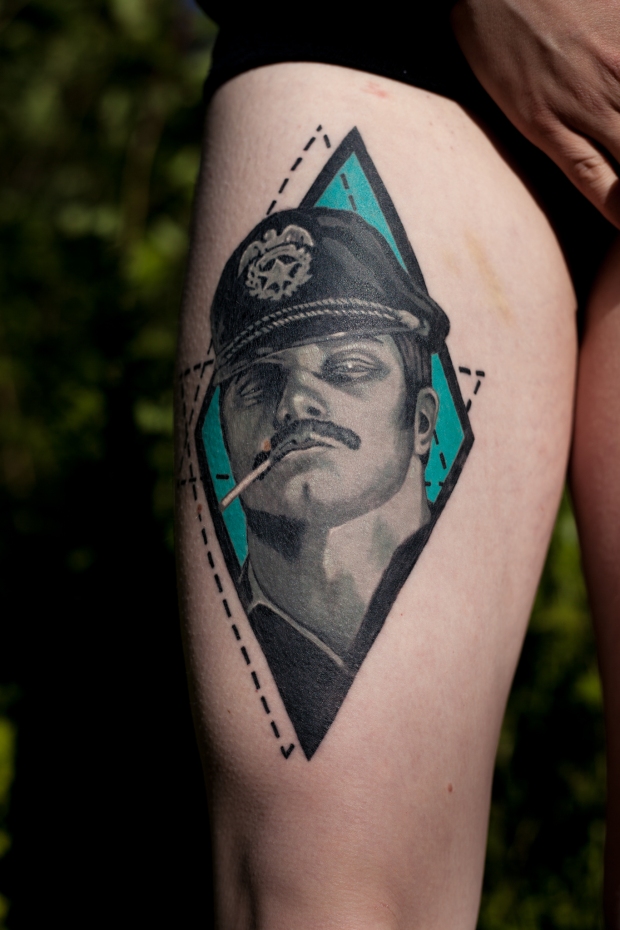 I had been thinking of a merman tattoo for a long time, and finally, Aleksandra Jasmin (link) made this in Prison Ink, Denmark. This is a freehand tattoo. Since people often think mermaids as a typical theme that men tattoo on their skin, I wanted to go in a different way and tattoo this super-fabulous merman instead. The tattooing itself was a funny process, and we decided the colors and all on the spur of the moment. 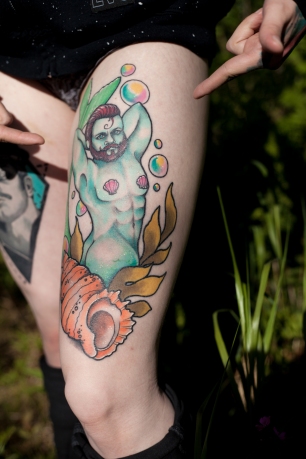 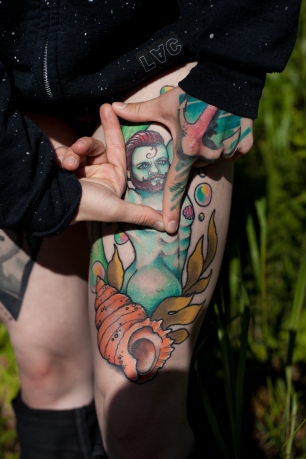 No more zeros and Sisu are hand poke tattoos made by Joni (link). No more zeros reminds me of the fact that I have to keep my standards high and be brave enough to dream big. It also reminds me to take care of my own mental health and avoid to hit rock bottom. Sisu is a Finnish word which can be roughly translated as guts, grit, or bravery – whatever may come ahead, you just have to keep on fighting. 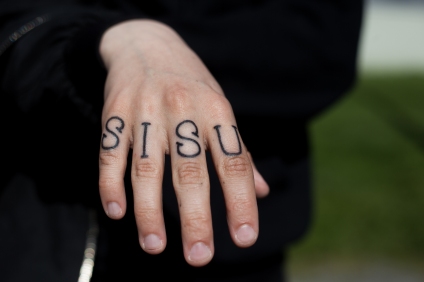 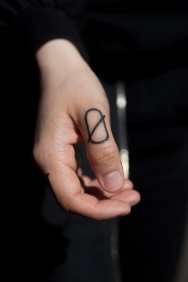 I used to think a lot about the symbolism of my tattoos, but nowadays I see tattoos more as art on my skin. Maybe my bigger tattoos are more concentrated on the bigger concept, whereas the smaller ones have more personal meanings. I’m constantly planning on having new tattoos, and in that way, I see my whole body as a project. 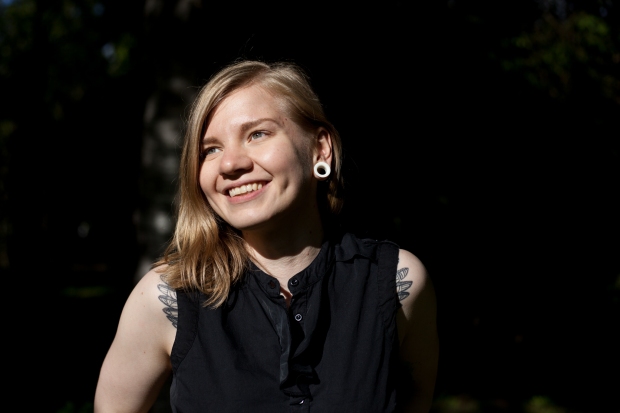 Mervi:
I’ve been interested in tattoos as long as I can remember. I guess it has something to do with the fact that ever since I was a kid, I have been fascinated by the sort of music genres and subcultures where having tattoos has been a rule rather than the exception, and so I have always seen them as a normal thing. I love not only tattoos but also the tattooing process itself. All the different equipment, techniques and the cultural history of tattoos in general fascinate me. 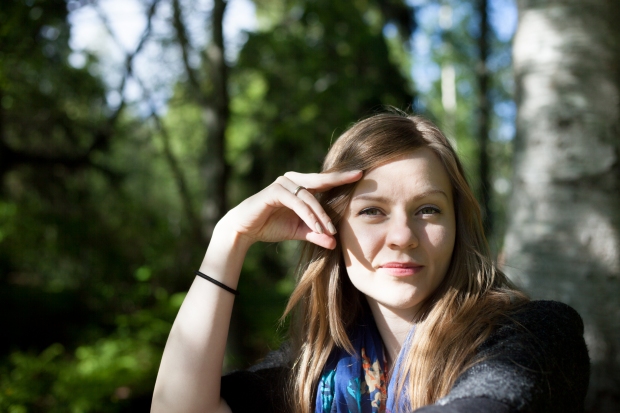 Still, I couldn’t get any tattoos when I was underage, so I first concentrated on piercings as a sort of substitute thing. My first piercing was a nose ring that I got when I was 12 years old, and during my middle school years, I collected some other piercings as well.

As a teenager, I used to be a tall and skinny oddball with strange clothes and a bad posture, and piercings definitely helped me to improve my self-esteem and identify myself back then. I think in a way, tattoos nowadays serve that same purpose for me. I still find piercings and other body modifications interesting, too, I just see tattoos as my own thing.

My first tattoo is an owl which I got eight years ago. I’ve always had lots of different tattoo ideas in mind, and the owl just happened to be the first idea that I carried out in reality. The owl was originally meant to remind me that I should have a closer look at myself and remember who I truly am instead of trying to change myself into something that other people wanted me to be. 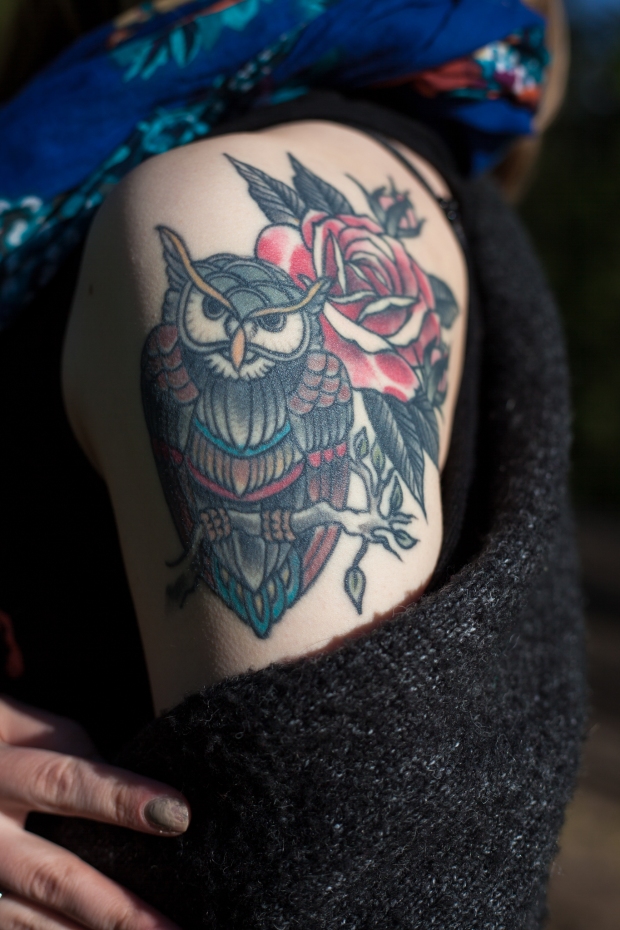 After high school, I felt an urge to do something meaningful and went to study social work in the university. However, I realized quite soon that it really wasn’t my cup of tea – I just began to think I had no right nor enough wisdom to make decisions that would affect so much on other people’s lives. After a couple of twists and turns, I ended up studying Finnish language. I still feel the need for helping other people somehow, I just think writing is the best way for me to have an impact. 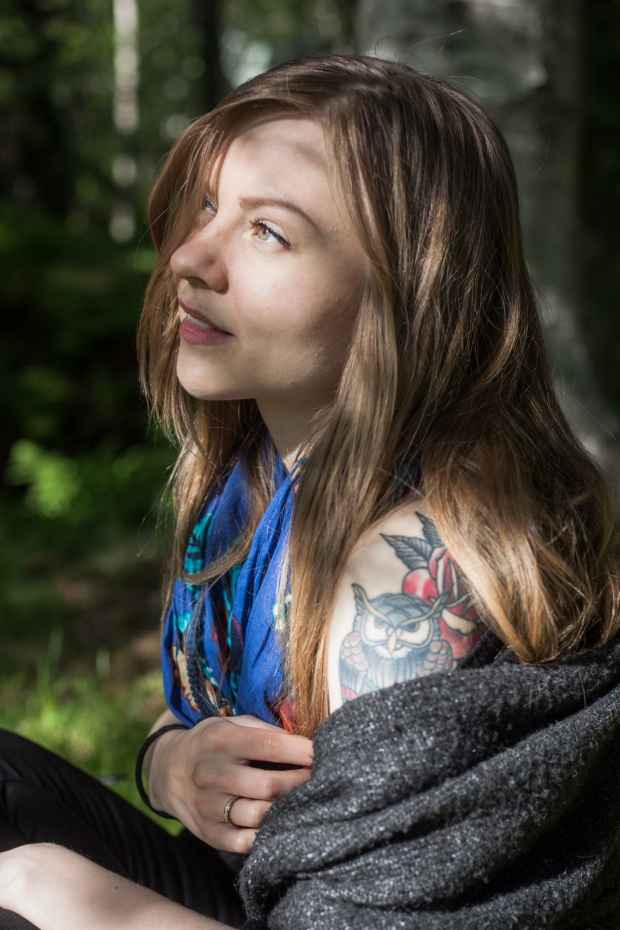 I currently have a half-sleeve in progress. I’ve been dreaming of getting at least a backpiece someday, and as I happen to love body suits, I kind of like the idea of having an unified theme on my skin as well. It would be so cool to collect tattoos that would be loosely based on Finnish or Uralic paganism and mythology. Still, I’m such a lazy person that I guess at this pace, I will be old and senile before I actually manage to carry out my plans.

The bear and the wolf, my two power animals. These are hand-poked tattoos made by Joni. The bear skull is based on an illustration on the book Kainuun mailta, which also includes the story of my great-great-great-grandmother. She was a herbalist, a folk healer and a badass in general. 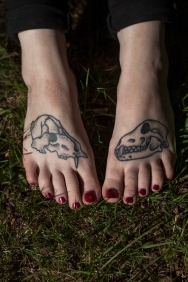 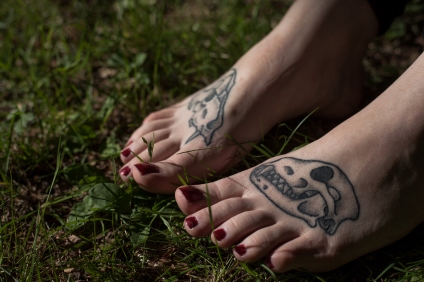 People traveled a long way to her home just to seek a cure for their diseases. It was only a couple of years ago when I heard about her for the first time. She also had pet snakes, which were supposed to bring good fortune to their owner according to an old belief. I’m planning to get a snake tattoo on this same leg as well. 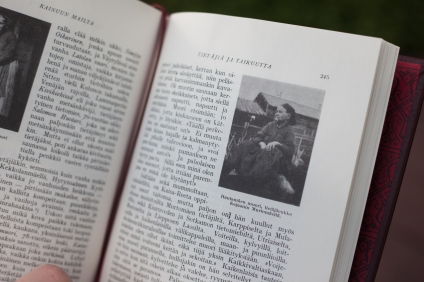 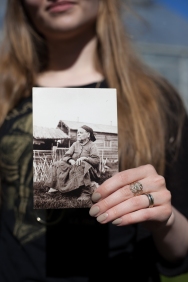 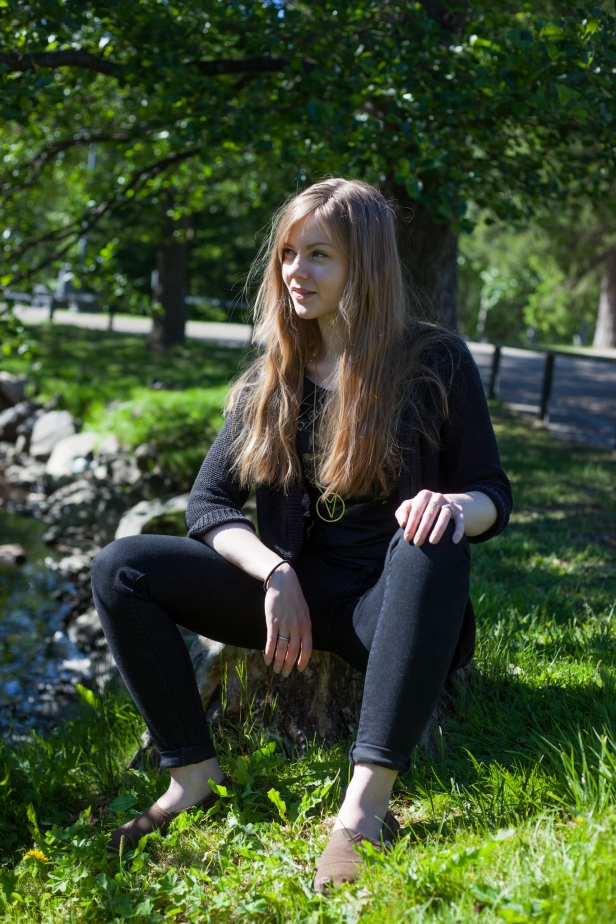 I like the idea that everyone has two different faces: one to be displayed in public, and the other that is the inner, true self. For me, tattoos are above all personal symbols that keep me intact with my inner self, and at the same time, they remind of the things and people I want to remember.

I actually find it kind of funny when some people say you shouldn’t ruin your skin by tattooing it. For me, it’s like telling a painter not to ruin the empty canvas by painting on it. In my opinion, as we human beings don’t have any fur covering our skin, tattoos are the second-best option.

I think human skin looks pretty when covered in ink, and everyone should have an equal right to decorate or modify their body as they wish without other people judging them. 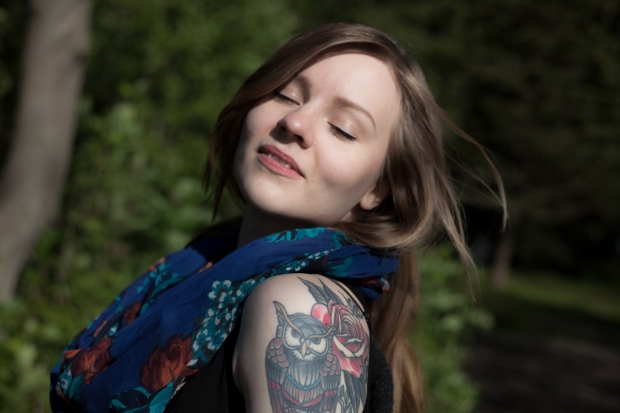 Check out our video too!