The first tattoo I got is this anchor. I got it in Athens when I was 18 years old and we were on a work shop week with my theater group. We did all kinds of crazy things there, like shaman stuff and so on… And the reason I wanted to get this anchor tattoo was that I wanted to have an anchor to always keep my one foot on the ground. Anchor is a symbol of hope, and it’s also strongly tied to my home town Lahti, which has this huge, rusty anchor on its harbour.

And then there’s this tattoo. Underneath this tattoo is an old picture which is drawn by my ex-boyfriend. I was in Bosnia making a document as my thesis film and there we met this car painter who did tattoos as his hobby… Haha, and it seemed like a great idea then!
My ex studies graphic design, and he drew me the Tree of Life based on Viking mythology and a dragon that eats lost souls. But the tattoo was kinda crappy, so I had it covered up, or actually my ex paid the cover up tattoo. I was 22 or 23 years old then.

I’m half Israeli, half Finnish, and in Israel hamsa is a strong symbol. Hamsa – or Fatima’s hand or Miriam’s hand in Jewish religion – keeps the evil away, and the eye is supposed to provide defense from the evil eye.

Nowadays you can see a lot of hamsas everywhere and people don’t even always know what it means or that it is based on the Bible. For me tattoos are always personal, and I decided to get a hamsa tattoo already when I was 14 years old. I also wanted the tattoo to have the word Haim in it, because it means ‘life’ and it is also the name of my grandfather. But life went as it did, and it turned out to be like this. But hey, at least I got that first tattoo for free!

I have an interest for a kind of shabby tattoos. I have listened to punk music since I was a teenager, and the punk culture fascinates me, so these sort of poor quality tattoos fascinate me as well. If I’m going to get more tattoos in the future, they are all going to be black. Color tattoos are great as well, but they just are not my thing. And because of that, it doesn’t bother me at all that my tattoos will fade in the future – it’s only a good thing, because it shows that I have lived, and my tattoos are a part of my life.

This tattoo I got a year ago, and for me it is the most personal in some way. It’s from a Pasolini movie Salò (or the 120 days of Sodom) which has different chapters in it. The first chapter is called “Antinferno” which means “Before the hell” in Italian. The chapter discusses fascism, and it portrays the early signs of fascism and describes what happens when the Fascists come into power. And as you know what the fascists did to the Jewish people, when they were sent to the concentration camps and were identificated with number tattoos in their arms… For me this tattoo marks as a reminder: Observe what is happening.

In my opinion we are now living in a time when people should be more careful and more aware of what is happening with fascism and nationalism. We don’t want the bad things to be repeated, and instead we have to develop and go forward. We are currently living in a time where massive crises have emerged, we still have the refugee crisis going on and the information society has changed so that the propaganda is nowadays easier to spread. We have to be more aware of what is happening.

This tattoo is also so personal for me because I got this a year ago, before my personal hell started. I had a major depression phase, and now I have recovered, or I am still recovering from it. This tattoo is a reminder about that time and that in the future I would take better care of myself and would not let that kind of things happen again. That… I was depressed, and I also had a phase when I thought it would be just better to surrender and stop pushing forward. But then I decided that I want to do things, I want to act and I want to make good things happen in this world.

During the last year, I had many great lessons to learn, and one change in my life is that nowadays I have quit intoxicants. This tattoo reminds me that I have to take care of myself and resist the evil that would threaten my well-being. It is good to do something before the shit hits the fan.

I understand people who want to get tattoos just because they want to have a beautiful image on their skin. But for me tattoos are something different than just decorations on my body. Like this tattoo on my back. For me tattoos are milestones of my life. They are like memorials, and because of that I would never have them removed. These are all so personal to me.

I try to live my life so that things would always matter something to me. Ever since I had a burn out, I have started to consider what is it that I really want to do. For me life is not about achieving money or materialistic things. Maybe my tattoos also tell about that since they all have some idea on their background. What I want from my life is to have things with a meaning. 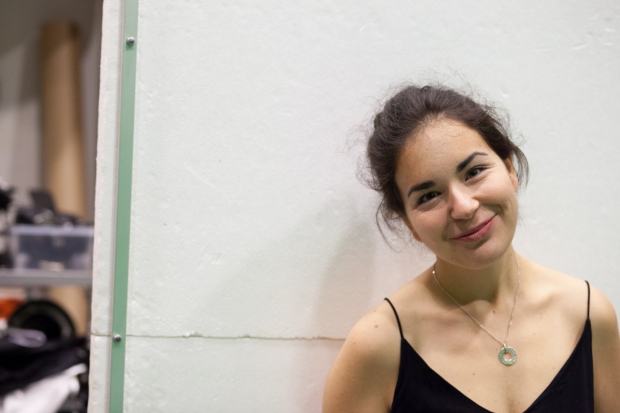 After a long and hard thinking, we have decided to end this project. We want to thank you all, our followers and readers and especially the amazing humans who have been sharing their intimate stories during the years! We hope you are having an amazing new decade coming up. Get tattoos and be fabulous! Sincerely, Pinja, Mervi & Elsa #thankyou
"Olen viimeiset pari vuotta etsinyt erilaisia tapoja määrittää itseäni ja kokeillut elää erilaisissa rooleissa yhteiskunnassa. Olen päätynyt siihen, että olen onnellisimmillani jos ei tarvitse lokeroida itseään ja saa elää mahdollisimman vapaasti ilman turhia oletuksia tai lokeroita. Käytän kyllä sosiaalista miehen roolia, olen poikaystävä, mutta sekin on vain siinä tapauksessa, että pitää valita kahdesta. Koen olevani enemmän maskuliinisella puolella, mutta en ole täysin janan kummassakaan päässä. Suomen kielessä on onneksi helppoa, kun voi olla vain ”hän”. - Juno Junon tarina löytyy nyt suomeksi, bion linkin takaa! 🇫🇮 #hwtstories #hwtsuomeksi #tatuoidut #tatuointitarinat #eilokeroitavissa #hän #maskuliinisuus #feminiinisyys
"Usually the ideas and concepts just pop into my head and I don’t bother to think where they came from or why. But for this one on my stomach I got an idea from the movie Spirited Away from a scene where the main character is turning invisible. The other character takes hold of their hand and the main character starts turning visible again. I think it’s a beautiful scene and there is some symbolic meaning I can’t quite explain. There is certain sensitivity in that and the tattoo." - Juno New story! Thank you so much Juno for being part in our project! ✨ #hwtstories #spiritedaway #theythem #identity #tattoos #tattooed #design #drawing #blackandwhitetattoo
"Olen introvertti ihminen, ja asiakaspalvelutyöhön sisältyvä sosiaalisuus on vaatinut minulta paljon harjoittelua. Lisäksi ihmiset tuntuvat ajattelevan usein, että koska näytän tältä, olen ihmisenäkin tietynlainen. Kerran töissä työkaverini totesi, etten ole yhtään sellainen miltä näytän. Hän sanoi sen ihan positiivisesti, ja hetken aikaa mietittyäni totesin, että tuo on varmaan ihan totta. Vaikka näytän tältä ja saatan sen vuoksi vaikuttaa ihmisenä jotenkin kovalta, olen pohjimmiltani ihan herkkis." - Jenni-Reetan Jenni-Reetan tarina myös suomeksi ulkona! Linkki juttuun löytyy suoraan biosta! ✨ #hwtstories #hwttarinat #hwtsuomeksi #tatuointitarinat #intovertti #äiti #tatuoitu #tatuoidut
"I’m an introverted person by nature, and I’ve needed lots of practice to gain the social skills that are needed in customer service. Many people seem to think that since I look like this, I must be a certain kind of person as well. Once a colleague told me that I’m actually very different than how I look. It was meant to be a positive comment, and after I thought about it for a while, I noticed that it might be true. Although I am like this and that might make me look like a tough person or something like that, deep down I’m super soft." - Jenni-Reeta New story is out again! Beautiful interview from amazing person, go check it out. Link in our bio 💙 Thank you again Jenni-Reeta for a great story! #hwtstories #humanswithtattoos #tattooed #tattooedmom #firsttattoo #dotwork #introvert #tattoos #ink #inked
Throwback Thursday! "This tattoo is also so personal for me because I got this a year ago, before my personal hell started. I had a major depression phase, and now I have recovered, or I am still recovering from it. This tattoo is a reminder about that time and that in the future I would take better care of myself and would not let that kind of things happen again. That… I was depressed, and I also had a phase when I thought it would be just better to surrender and stop pushing forward. But then I decided that I want to do things, I want to act and I want to make good things happen in this world." - Orna Orna is nowadays part of this really cool media collective @rareonkova talking about important topics like global warming. Go check them out and give them likes (texts are in Finnish)! Thank you again Orna for sharing your thoughts! #hwtstories #hwtthrowback #raremedia #mentalhealth #depression #burnout #survivor #health