On my shin I have a memory tattoo for my dog with a human skull below and a rose between them. My intention is to add a cross on somewhere around the tattoo in the year 2017. 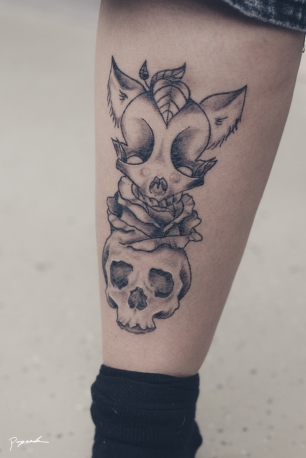 My dog died unexpectedly at home on January 9, 2017, likely to a heart attack. At that point, I felt the greatest loss I’ve ever felt. We were together for nearly 8 years, we moved around the country, and even though women and other stuff changed along the way, I knew my dog would always be by my side. Now that is not the case anymore but my most beloved one still remains with me, always on my skin.

The human skull, just below the dog’s skull, is for the memory of my aunt who died on 4th of June 2017. We were never close with my aunt when I was younger. Her disease was found a little over a year ago. Around that time I felt that I was just getting to know my aunt properly. I realised that she was quite different from what I had ever thought of. I don’t understand why she was taken so fast away from this life. Fortunately, we got to spend the last Christmas together with the whole family and I got to know who my aunt really was. She was an artist who found the ability to throw a good joke, and who is now always tattooed on my skin.

On my neck, I have a rainbow barcode, which in my opinion failed and I have never liked the tattoo so much. But in the end, I never see it myself, haha. But it has the birthdates of me and my deceased dogs and therefore it’s somehow an important tattoo for me. And I’m born at 17th of May, on International Day Against Homophobia, so why not have a tattoo in the colours of the rainbow?

The band called PMMP and it’s cat skull -logo: This band has really affected my life. It felt like I lived my 10 years through their music. The band’s breakup was a horrible news for me and it seemed like one era was over. Maybe I still have hope for that they would some day come back, but I also like Mira’s and Vesala’s (bandmembers) own songs!

PMMP’s one song is translated as Be alone and run away. Love feels and love hurts. (Original in Finnish and link to the song: Olkaa yksin ja juoskaa karkuun, rakkaus tuntuu ja rakkaus sattuu). The song meant a lot to me right after it was released.

Some may think that this is a breakup song, but what I actually feel this song represents is that in this life there are ups and downs. I have received a lot of good in this life and lost a lot, but still, I am here. And the most important thing is to focus on what I have here and now. Why I wanted exactly this paragraph tattooed is due to the fact that in the future I will be more cautious about whom I’ll trust. 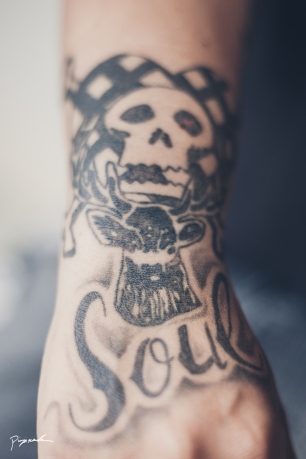 But now I get to my favourite theme, Avril Lavigne. In 2002, when I was only 14 years old, I remember when I first saw and heard Avril Lavigne’s Complicated music video on television and I thought that this woman had more attitude than anyone else. And I had to start studying more about who this artist was. Soon there was another music video Sk8ter Boi and I became a big fan! Till this day I still think she is definitely my greatest idol ever. I cannot name any songs from her which I didn’t like and I still think she has more attitude than anyone else. I’ve survived so many things through her music that I cannot even count. I’m already looking forward to her new album and I wish she would come here to Finland or at least somewhere in Europe, so I could see my absolutely all-time favourite artist live.

On my left hand, I have Under my skin -text tattooed, which is also Avril’s second album’s name. But personally, I feel the purpose of the text is something else too. That there are also people who could hurt you or make you feel great mere by their existence.

My hand has texts Soul and Mate, combined a Soulmate. The soulmates are my best friends. They are my mirror, reflecting my own mistakes, dreams and strengths, showing me how to be able to grow as full as possible. I can count on them to be completely honest with me, even to the point that they do not spare my feelings just because they care about me so much. They help me grow into the best possible version of myself. They help me through the difficult times and inspire me to do my best. Friends often know me better than myself. Although not everyone have been able to stay in my life forever, there have been a lot of new people in my life that I could not imagine leaving, but you never know. None of us is perfect, we have our own annoying ways and features, but we’re all great people inside! Only my friends make me whole. 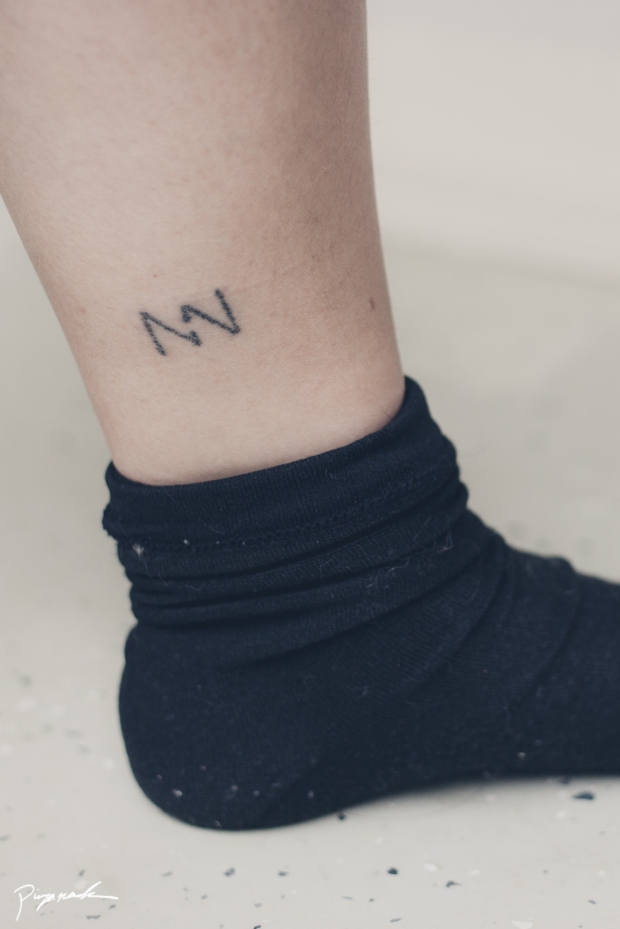 NN written together is artists called SANNI -logo and it’s a stick’n poke tattoo made by my friend. SANNI is definitely the number one Finnish artist! Going to her gigs is so great that I can not describe it by words. You have to go experience it! That girl also has a great attitude and a one day I actually saw a newspaper story where it said that “If you think SANNI is great, then most likely you like the Canadian singer Avril Lavigne too”, and I agree! Awesome women! 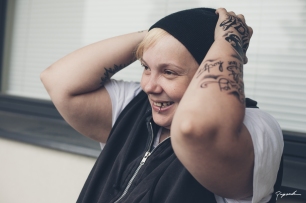